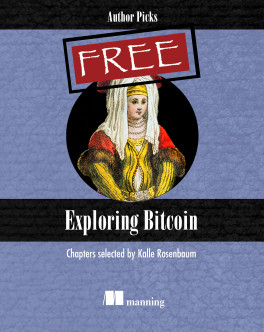 click to
look inside
Look inside
Resources
Grokking Bitcoin show all
FREE
You can see this entire book for free.
Click the table of contents to start reading.
Become a
Reviewer
Help us create great books

Exploring Bitcoin you own this product

With chapters selected by Kalle Rosenbaum
filed under
read now 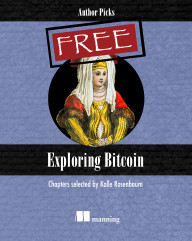 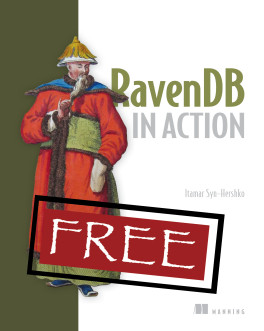 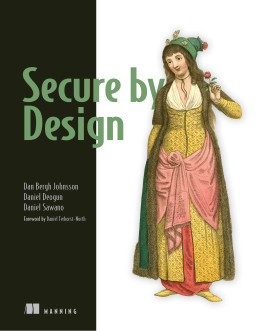 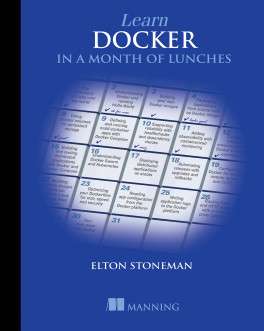 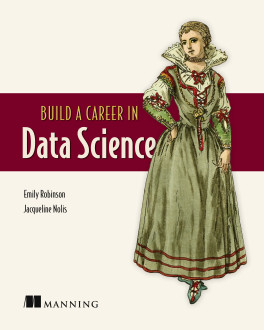 Look inside
Bitcoin is hailed by its supporters as a secure independent money system, offering the potential to end centralized banking along with economic issues like inflation and financial exclusion. The key to bitcoin’s security—and the reason its supporters trust it so much—is its reliance on an incorruptible digital ledger, known as the blockchain.

In Exploring Bitcoin, author and Bitcoin expert Kalle Rosenbaum presents two chapters from his own book, Grokking Bitcoin. In the first fully-illustrated chapter, you’ll start with a simple traditional money system and improve on it using Bitcoin technology. You’ll learn about cryptographic hash functions and digital signatures. Digital signatures are then used to guard against imposters by authenticating payments.

In the second chapter, you’ll take a close look at Bitcoin's blockchain which enables anyone to fully verify the complete transaction history. The blockchain also enables lightweight Bitcoin wallets to save bandwidth and storage space. Exercises in each chapter reinforce all that you’ve learned along the way. By the end of this free ebook, you’ll understand how some parts of the Bitcoin system works.

Kalle Rosenbaum, founded Popeller, a Bitcoin consultancy, in 2015. He provides expert software development services, advice, and education around Bitcoin, and he’s the author of Manning’s Grokking Bitcoin, from which the chapters in this book were selected.
customers also bought