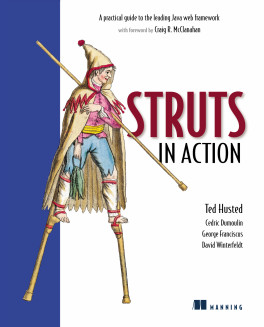 Struts in Action you own this product

this edition is free when you purchase Struts 2 in Action

Struts 2 in Action is now available. An eBook of this older edition is included at no additional cost when you buy the revised edition!

Struts in Action is a comprehensive introduction to the Struts framework. It covers initial design, data validation, database access, dynamic page assembly, localization, product configuration, and other important areas. It shows you how to use both JSP tags and Velocity templates. It carefully explains the Struts architecture and control flow, as well as how to extend framework classes.

Struts solves the most common problems of web development. By basing your application on the Struts framework, you can reuse proven solutions and focus on what's unique to your own case. Struts is an open-source product distributed by the Apache Software Foundation.

Differences between Struts 1.1 and Struts 1.0. are pointed out and a case-study illustrates the 1.0 to 1.1 transition. The book shows you dozens of proven design techniques, patterns, and strategies, many of them not found elsewhere.

Ted Husted is an acknowledged Struts authority, an active member of the Struts development team, and manager of the JGuru Struts Forum. As a consultant, Ted has worked with professional Struts development teams throughout the United States. Ted also helps manage the Apache Jakarta project, which hosts the Struts framework. Ted lives in Fairport, New York with his wife, two children, four computers, and an aging cat.

Cedric Dumoulin is an active member of the Struts development team and the author of the Tiles framework. Cedric is presently a researcher at the University of Lille. He has also worked in the R&D department of a leading international internet banking company. He lives in Lille, France.

George Franciscus is a principal at Nexcel, providing technical and management consulting services in several industries including Telecommunications, Banking, Life Insurance and Property and Casualty Insurance. George has expertise in Java, J2EE, Domino, relational databases, and mainframe technologies. He holds a BSc in Computer Science from the University of Toronto. George lives in Toronto, Ontario with his wife and three children.

David Winterfeldt is a Struts committer and author of the Commons Validator package. He works as a senior developer at a major company implementing J2EE technology. David currently lives in New York City. 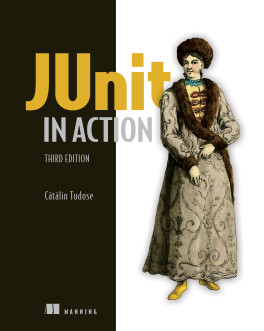 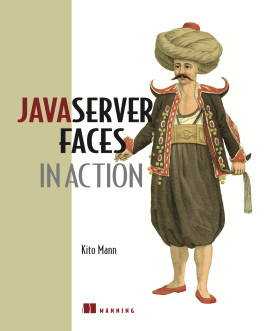 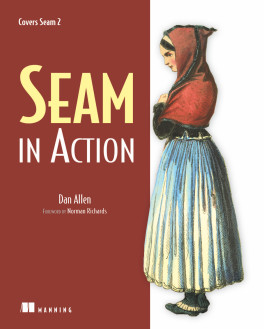 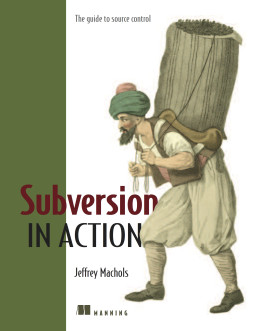