Quantum Computing with Amazon Braket SDK you own this product 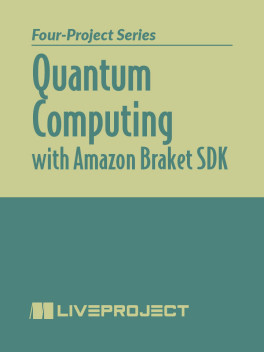 Quantum computing is poised to break into the mainstream, revolutionizing almost every field of technology. In this introductory series of liveProjects, you’ll get ahead of the revolution. Take quantum computing out of the realm of theory to become a practical reality. You’ll learn how to use the Amazon Braket quantum computing simulator to build your first projects as a quantum software engineer. Each project in this series can stand alone, so you can dip into the areas most interesting or relevant to you. 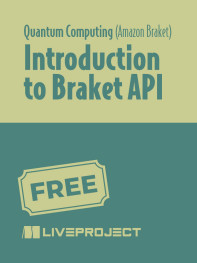 In this liveProject, you’ll go hands-on with the basics of quantum theory to prepare yourself for building your first quantum applications. You’ll use familiar Python tools to work through the basic building blocks for constructing quantum circuits, as well as exploring quantum gates and how they transform qubits, the basic units of quantum information. 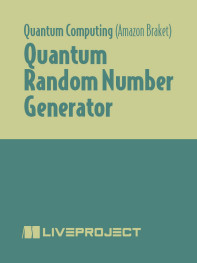 In this liveProject, you’ll use the Amazon Braket quantum simulator to generate a quantum random number generator. Generating truly random numbers is an essential aspect of cryptography, and the seed generation process in a public/private key infrastructure. These random numbers can be used as the basis for further cryptographic work that easily outpaces the pseudo-random capabilities of traditional computing. 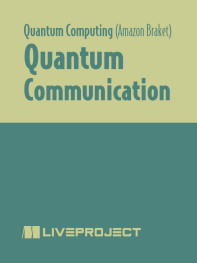 In this liveProject, you’ll implement superdense encoding and use the unique properties of qubits to build a communication system between two friends—Alice and Bob. You’ll prepare qubits into a Bell pair, and then utilize quantum gates to implement a messaging system. You’ll then prepare the quantum circuits that allow Bob to receive and read Alice’s messages. 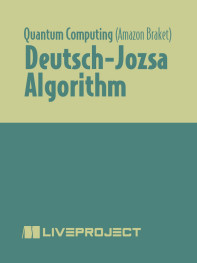 In this liveProject, you’ll create and utilize quantum oracles to determine whether a given function is balanced or constant. You’ll utilize unique quantum superposition to determine algorithmic accuracy over just a single pass of the outcome, potentially massively speeding up systems.

Faisal Nazir
Faisal Nazir is a machine learning specialist working in Amazon Web Services. He has worked on a vast range of technologies in his career including data, analytics, machine learning, event stream processing, security and telecommunications. He has also been a management consultant in the field of telecommunications, media and high technology. He holds a master’s in physics from Imperial College London where his final year thesis was on the consistent histories interpretation of quantum mechanics. His current work is helping customers use AWS services to implement machine learning solutions at scale. He also has a passion to educate in the use of quantum computing.

This liveProject is an introduction to quantum computing, therefore, no previous experience in quantum computing is required. You will, however, need intermediate knowledge of Python and common machine learning/data science tools to work through the projects.

These techniques can then be used on real quantum hardware available via the Amazon Braket Quantum Computing service.

Quantum Computing with Amazon Braket SDK
has been added to your cart
includes 4 liveProjects
loading your cart...
RECENTLY VIEWED